An intelligence statement said that the detachments of the Intelligence Directorate in the Fifth Division carried out a qualitative operation through a tight ambush and accurate intelligence information, and the snipers' detachments in the Intelligence Regiment managed to kill two terrorists in Naryn district in Ein Layla area of Al-Azim sub-district, northeast of Diyala Governorate. / End 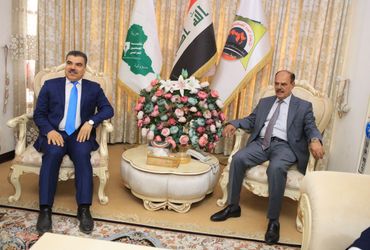